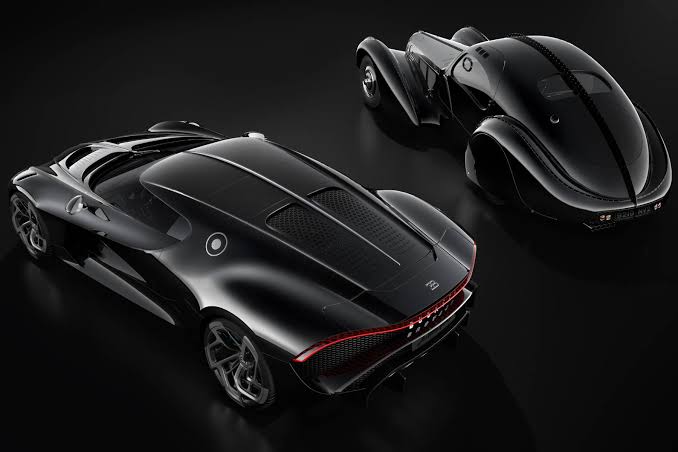 Luxury Car Brands And Their Logos. Luxury car brands have never stopped releasing unique cars to dazzle their customers. When you fish through the automobile industry, you will find some excellent brands that have been competing in the industry for a long time. On the other hand, newly introduced brands are doing well while competing with already-established names.

Overall, the scenario of the industry has always been vivid. So, today’s article is about automobile brands that you can’t skip when talking about luxury vehicles.

Luxury Car Brands And Their Logos. There are several brands performing well in different types of fields.

For instance, there are some ultra-luxury brands, luxury sports cars, and so on. Let’s take a look at the brands and what their logos look like.

Mercedes-Benz was a result of two separate companies. Along with Karl Benz and Gottlieb Daimler, Wilhelm Maybach and Emil Jellinek were also involved in founding the brand. Jellinek names the brand’s cars Mercedes, which was his daughter’s name. Later, the name was patented for the brand.

This luxury brand has released some iconic cars. The most popular ones include EQS, EQE AMG, and G Wagon.

The brand also has an interesting logo that came from Daimler’s company. The three spikes of the logo indicate land, water, and air. Daimler’s company believed that one day it would rule all three.

Tesla is one of the newly-found companies among luxury brands. Unlike most others, this was founded in 2003 with Elon Musk as the CEO. It will be tough to find someone who hasn’t heard of Tesla. It’s a courtesy of the CEO, who often ends up making the news headline.

That being said, Tesla possesses a fair amount of the purely electric vehicle market share. The brand is primarily dedicated to producing electric cars. The name of the company comes from the inventor of the electronic motor, Nikola Tesla.

The same can be said for the logo. It’s not only a mere T but also looks like a cross-section of electrical motors.

If you are wondering what the expanded version of ‘BMW’ is, it’s Bayerische Motoren Werke. This German luxury car brand has been in the industry since 1916. Along with Mercedes-Benz and Audi, BMW is one of the top three luxury car producers worldwide.

With the slogan, ‘Sheer Driving Pleasure,’ the brand has been dominating the car industry for a long time. It comes with an interesting logo too. For a long time, people thought the brand’s logo was a representative of a propeller. However, the blue and white roundel comes from Bavaria’s flag pattern, where the company was first built.

This brand comes from Sweden. It was founded in 1927 and has been under AB Volvo up until 1999. Then, the ownership changed to Ford. However, that didn’t last long. The company was then bought by Geely Holding Group in 2010.

Volvo’s iconic logo goes way back. To understand the logo, you will have to visit the ancient times when iron was expressed using that symbol. To represent the strength of the iron, Volvo has chosen this sign to be its logo.

Audi goes forward with the slogan ‘Being Ahead Through Technology.’ It’s a German luxury car manufacturing company that’s been leading the market along with two other luxury car brands. Audi was founded in 1909 by August Horch. Since 1966, the parent company of Audi has been the Volkswagen Group.

The four rings of the Audi logo come from a merge. Four brands combined together to make the Audi AG company. The interlocking rings are representative of the merger.

As you can guess from the name, it’s a subsidiary brand of Toyota. This is the luxury division founded to produce and distribute luxury cars. The brand has been performing extremely well in the Japanese market, as well as strengthening its global position.

Soon, this can be a company large enough to compete with companies like BMW and Audi, which are already in the top positions. The brand has a very contemporary logo representing the initial of the brand’s name. It’s simple, strong, and elegant at the same time.

Porsche produces and distributes luxury sports cars along with sedans and SUVs. The brand was founded in 1931 by Ferdinand Porsche in German. The place where the brand was founded plays an important role in its character. For instance, the logo entirely comes from the hometown of Porsche.

Even though the logo has seen some changes over the years, the changes have been insignificant. The inspiration for the logo comes from the brand’s hometown’s arm of a coat.

When we move forward to the luxury sports car division, one of the most common names to pop up in front of us is Ferrari. This Italian brand was created by Enzo Ferrari back in 1947. Ferrari made a strong presence by having titles like the championship from the famous Formula One race.

In addition, Brand Financed announced Ferrari to be the most powerful brand in 2014. This only expresses how consistent Ferrari has been in the industry since its birth. Another interesting fact about the brand is its logo, which was inspired by a national hero.

Francesco Baracca was an Italian fighter pilot who had a horse painted on his plane. He had a record of 34 kills before getting killed and was announced as a national hero. And the horse logo of Ferrari was inspired by Francesco Baracca, and it has been similar since then.

Founded in Britain in 1922, Jaguar is presently a part of Jaguar Land Rover and is owned by Tata Motors, which acquired it from Ford in 2008. The brand offers a diverse line of products. Naturally, it competes with a lot of brands too.

This luxury brand features a logo that represents the brand name without a doubt. The leaping Jaguar is not only for making a strong presence in the market visually. It also represents strength, speed, as well as power.

With its headquarters in Bologna, the Italian car manufacturer started producing luxury vehicles in 1914. The current headquarter for this brand is not in the same place it was back then. It’s now in Modena.

There’s an iconic statue of Neptune in Bologna, where the brand was founded. The logo was an inspiration by the statue’s trident. By using it as a logo, the brand wanted to present itself as vigor and strong, like Neptune. In addition, it also worked as a tribute to the home city of the brand.

This British company was founded in 1963 by Bruce McLaren. McLaren produces high-performance luxury sports cars that won this position in the list of luxury car brands. With its headquarters in Woking, Surrey, UK, it has been one of the most popular luxury brands among vehicle lovers.

McLaren has a simple and memorable logo to create its statement in the automobile industry. Even though the name has gone through some changes, the swoosh has become the iconic logo of the iconic brand.

Cadillac is a US-based company that is the luxury vehicle division of General Motors. It was named after an explorer named Antoine de la Mothe, Sieur de Cadillac. The logo of the brand was inspired by a similar source.

Antoine’s family coat of arms was registered as the logo for the brand. Today, Cadillac is making its way around the luxury automobile market with its excellent vehicles and strong brand image. The cars are not only luxurious but also represent history in a way.

In 1986, Japanese company Honda introduced a luxury division named Acura. The brand made a strong presence in the global market by launching in Canada and the US initially. The success led two other brands to launch their luxury divisions too. Those brands were Nissan and Toyota.

Acura’s logo, the caliper, was introduced in 1990. The emblem represents accuracy and preciseness. It’s the perfect logo that aligns with the brand’s slogan too. The slogan says, ‘Precision Crafted Performance.’

The brand not only succeeded on its own but also inspired brands from the same country to launch their own luxury divisions. The good news is both those luxury brands, namely, Lexus and Infiniti, became successful too.

The list of luxury car brands goes on. There are numerous luxurious brands around the world that are producing high-end cars suited for different fields. Names like Chrysler, Infiniti, Lincoln, Pontiac, Genesis, etc., are popular names in the automotive industry.

With customers looking for thrill and new experiences, brands are releasing newer versions of luxury cars on a regular basis. These cars are rich in features, comfortable to drive, and cost a lot more than a regular high-end vehicle. Many brands changed ownership over time, and some didn’t survive the unstable market for long.

How much you learn ? Let’s us know by comment. Don’t forget to share with your friend. Stay with us. You can also visit our another post;

17 Most Popular European Car Brands And Their Logos.