There are Most Popular Swedish Car Brands

Compared to many other technologically-advanced countries, the automotive industry of Sweden isn’t that dominant. However, Swedish Car Brands are both evolving and growing rapidly in recent times.

Swedish cars are cost-effective and don’t compromise on quality and safety standards. In addition to catering to the automotive needs within the country itself, Sweden exports most of its manufactured cars.

In fact, a major portion of Sweden’s revenue is generated from exported cars.

Despite not having the highest production rate, Sweden has still managed to take over the world market with their quality Volvos, Saabs, Polestars, and Koenigseggs. So, let’s find out about a few such reputable and reliable Sweden car brands and their logos in today’s article.

Reportedly, over 80-85% of Swedish cars are actually exported away.

Among the European countries, the country occupies the third position with minor fluctuations, in terms of the rate of production. Sweden cars are innovative in addition to having the usual selling features like affordability and durability.

Take Volvo for instance. This one brand has single-handedly launched more record-breaking car models than all other brands combined probably. Even the most influential car moguls still luster after the limited edition Volvos.

Other than Volvo – Saab Automobile, Scania, Koenigsegg, Polestar, NEVS, Caresto, etc. are well-known Swedish car brands. Here’s a brief overview of all these brands to help you gather more useful information about them.

Volvo, is, by all means, the leading car brand in Sweden as of now. And it seems that will remain the case for years to come.

Starting from SUVs, Sedans, and casual Station Wagons, the multinational brand manufactures tons of luxury vehicles per annum. Volvos are currently the most sold cars in Sweden. According to a survey by Statista, among the top-selling cars in Sweden in 2020, the first three positions were held by Volvos alone.

They were – the Volvo S/V60, the Volvo XC60, and the Volvo XC40 respectively. Over 40 thousand units of these Volvo models were sold that year. Before Volvo, Volkswagen used to be the most sold car manufacturer in Sweden.

The Volvo cars are reputable throughout the world for their enhanced security and safety standards. The brand was founded upon the concept of safety over anything else in 1927. The word itself i.e. ‘Volvo’ is of Latin origin, meaning ‘I roll’. From industrial autos to marine ones, Volvo rules over all the segments of the automotive industry in Sweden.

Saab Automobile used to be one of the reigning car brands once upon a time. The company was founded in 1945 and they launched their very first production model in 1949.

The foremost model was named ‘Saab 92’. However, Saab’s best-selling car model of all time was Saab 900. Later on, Saab 9000 was also released to keep up with the hype. Unfortunately, the Saab 900 still remained undefeated in terms of sales.

Over time, the popularity of Saab Automobiles only kept declining due to the sheer lack of innovative ideas and designs. The company went under General Motors ownership completely by 2000.

Later, even GM sold off the company to Spyker Cars N.V. Eventually, Saab AB had no choice but to file for bankruptcy to avoid insolvency. The proceedings went through and the court declared the previously reigning brand as defunct soon after around 2016.

Koenigsegg dominates the supercar or the ‘hypercar’ industry in both Sweden and nearby European countries. The brand came into existence with the mindset to become the largest manufacturer of super sports vehicles.

And within just two decades of establishment, Koenigsegg has managed to achieve this particular dream already. They introduced the CC8S in early 2002, which was the first of their many street-legal production cars.

Koenigsegg has been the mastermind behind many engineering developmental milestones in the Sweden automotive industry. Their in-house engine creation skills have been duly recognized throughout the world.

The model CC8S ended up booking a slot in the Guinness World Records Book as one of the most powerful engines. Nowadays, Koenigsegg is working relentlessly with green technology to come up with environment-friendly supercars.

Formerly known as the AB Scania-Vabis group, Scania has been one of the largest manufacturers of Swedish cars over the years. Founded way back in 1891, Scania is also one of the oldest car brands in Sweden.

Scania mostly contributes to the Swedish automotive industry by providing large vehicles, such as buses, lorries, trucks, etc. They manufacture usual day-to-day vehicles as well alongside the heavy ones.

Upon observing their logo, you’ll find that it features a griffin in the middle. The griffin symbolizes eternal supremacy over everything else in existence. From tractors to fire engines to quality diesel motors, Scania predominantly caters to all sorts of automotive sectors.

The STCC Polestar Racing Team was the inspiration behind the brand’s establishment. Despite being initially founded by Geely, Polestar was later acquired by Volvo Cars around July 2015.

Now the brand is one of the topmost electric vehicle manufacturers in all of Sweden. Volvo treats the subsidiary brand as an innovation lab for more sustainable and powerful electric engineering methods. Their most recent success was the Polestar 2, which went head to head with even Tesla in terms of boosters and power.

Speaking of manufacturing electric vehicles, I’ve got to bring up NEVS in here as well. NEVS quite literally stands for National Electric Vehicle Sweden. It’s one of the Swedish car brands which acquired most of the assets from Saab after the brand’s bankruptcy.

Their prominent products include the 9-3 and the Sango as of now. The former is a revolutionary electric Sedan, designed after the Saab 9-3. And the latter gained popularity for influencing city mobility, even in experimental stages.

The Sango is still a prototype. The model aspires to successfully become a self-driving car model accommodating up to six passengers.

Mack has been one of the most authoritative Swedish car brands for over 121 years now. Founded way back in 1900, the brand is still thriving and developing every passing year.

The brand mainly manufactures trucks nowadays, as you can probably already guess from their website URL. Mack formerly used to manufacture premium quality buses, trolleybuses, etc. as well. In fact, Mack even contributed to the second world war by manufacturing warplanes around 1944-1948.

The Mack heavy-duty trucks were heavily used in military operations back in the day. During WWII, they single-handedly sold over 35 thousand vehicles to war-torn countries like France, Canada, the USA, and Great Britain.

The 7 1/2-ton 6×6 from Mack’s NO series was their best-selling military truck back then. From power trains for military tanks to shelter trailers, they provided it all. Their recent hit was the 2017 Anthem, a durable highway truck.

Lastly, let’s talk about Caresto – which is another rising sports vehicle manufacturer in Sweden in recent times.

Leif Tufvesson, the founder of Caresto worked for both Volvo and Koenigsegg before he eventually founded his own car company. He was a talented technician for Volvo and later became the Head of the Development Department at Koenigsegg.

Caresto is also responsible for the uniquely designed C70 Volvo – which was the third most sold vehicle in 2020. The hard-top convertible has been appraised in the world market as well.

Sweden Car Brands have made a name for themselves all over the world market due to their maintenance of quality, affordability, and durability. Additionally, the Sweden cars come with high safety standards – which is a major pro. Nowadays, every other person sports a Volvo, especially in European countries.

The automotive industry of Sweden generates close to 10% of its overall GDP. And it’s all due to the vast popularity of their car brands. As of now, the internal market is controlled by the three big names – Volvo, Mack, and Scania.

The other car brands like Koenigsegg, Polestar, NEVS, Caresto, etc. aren’t doing bad either. So, looking to invest in a quality Sweden car just yet? All of these brands can offer you multitudes of both affordable and pricey options to suit your needs perfectly. 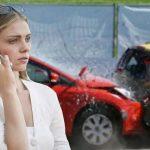 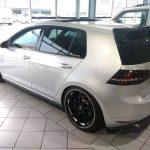 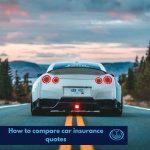 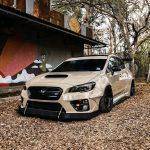 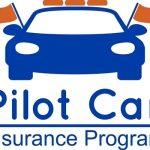