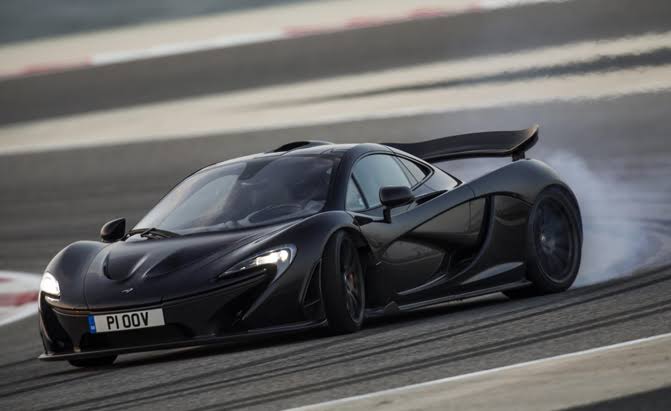 Supercar Brands And Their Logos. There are numerous things to notice about a supercar. Not all brands can have their names listed as supercar manufacturers. Still, there are a lot of brands that keep capturing the attention of car lovers with stylish designs and high-end features.

Supercar Brands And Their Logos. When counting the number of supercar brands, some names are bound to come up. Names like Aston Martin, Bugatti, Ferrari, and Lamborghini are heard by everyone around the world. However, there are a few names that might surprise you.

Features like superior quality, unique appearance, acceleration, weight, limited production, and street legality make them more desirable than any other vehicle. So, today’s article is about listing the brands that produce supercars and excel in doing so.

If you are ready to jump into the brand names that offer some exciting supercars, it’s time to get to it.

Let’s see what brands made it to the list of supercar manufacturers.

Ferrari has always been successful in making an exceptional position for itself in the market. It’s no different when it comes to a supercar.

The introduction of the brand into the world of supercars happened between 1984 and 1987. During that period, the GTO 288 car was being produced, making the brand more unique from its competition.

Another noteworthy model from the brand is the 296 GTB, a hybrid model. The efficiency between the power swaps is so seamless that the model does justice to the title of a supercar. With an eye-catching appearance and efficient power sources, many people got hooked on the brand without any second thoughts.

Ferrari’s logo has an interesting background. A pilot from the First World War used to draw a prancing horse on his airplanes. Enzo drew inspiration from it and used the horse on his brand. Later on, as we know it today, the horse has become the iconic face of Ferrari. Supercar Brands And Their Logos.

Another icon for producing supercars is the French car brand Bugatti. The brand believes that nothing is too expensive. This alone is enough to prove how luxurious the brand is. Bugatti was founded in 1909 by Ettore Bugatti. Today, the brand is owned by the Volkswagen Group.

The logo is overly simplified. On a red background, the brand name is written in capital letters. Above that name, the initials of the founder are written in black.

Supercars from Bugatti are not only popular because of their prices. The appearance, hand-crafted design, and uniqueness of the models also make them a priority over other options. Supercar Brands And Their Logos.

Of course, the name Aston Martin will pop up when supercars are the topic. To be more specific, the Aston Martin DBS Superleggera is an absolute delight. Not only in performance but in comfort too. You will certainly find yourself wanting to keep driving the car even after you’ve reached your destination. It’s a perfect vehicle for driving long-distance too.

Aston Martin has a pair of wings for its logo. Through the wings, the brand name is written. The logo is not only an indicator of power and strength but also the initial success of the brand. Wings are not uncommon emblems to find in logos. However, a logo is not about being unique in appearance. It’s about what the logo represents. Supercar Brands And Their Logos.

Another name that made it to the prestigious list of supercar brands is Lamborghini. The Lamborghini Huracan Tecnica is an absolute delight for the eye. In addition, the car has exceeded expectations in performance too.

The right stability at higher speed levels and the right level of agility at lower speeds are just one of the things to make it one of the perfect supercars on the market. This Italian brand was founded in 1963 by Ferruccio Lamborghini.

Ferruccio went a bit personal when deciding on the logo. You will notice that the brand has a bull as its logo. The founder was a Taurus and had an interest in bullfighting. That’s how the brand ended up with the bull logo. Regardless of how the logo was chosen, it certainly increased the brand’s image by representing strength and power. Supercar Brands And Their Logos.

It might be difficult for some to believe that Porsche is a supercar manufacturer. Even though the brand does not traditionally produce supercars, the models designed by the brand certainly made it to the elite list.

A performance-based hybrid vehicle with improved technology has certainly made supercars from Porsche more memorable than some people want to believe. Supercar Brands And Their Logos.

The brand’s logo stretches back to its origin. The place where the brand was founded was believed to be built on a horse farm. That’s where the horse in Porsche’s logo comes from. The rest of the logo is from the state’s coat of arms, where the brand was originally founded. Supercar Brands And Their Logos.

Many people believe that Mercedes was the brand that introduced supercars to the automobile industry. Even though it’s an arguable fact to agree on, there is no denying that the brand has made a significant contribution when it comes to supercar production. Supercar Brands And Their Logos.

The AGM division is in charge of producing supercars that continue to amaze people. The latest one from the brand is the AGM One, which combines amazing features into one road-ready car.

That’s what people expect from Mercedes, and the brand never disappoints. Originally, the brand was founded by two entrepreneurs in 1926. Back then, the brand was not named Mercedes-Benz but a combination of the founders’ last names.

One might assume that the logo of Mercedes-Benz simply represents the motorization drive of the company. However, there’s more to it than just a three-spike emblem. One of the founders firmly believed that their car brand would one day rule the land, air, and sea. The three-spike emblem was then integrated into the brand. Supercar Brands And Their Logos.

McLaren is a British sports car company built by Bruce McLaren. The brand was founded in 1963 and has won Formula One championship title. However, the brand also has a contribution to the supercar sector.

With the F1, McLaren opened all the doors to supercar design and performance before the turn of the twenty-first century. The idea originated with Gordon Murray, a renowned Formula 1 engineer who believed he had produced the ideal supercar. Supercar Brands And Their Logos.

However, the MP4 12-C, a mid-engined supercar with a carbon chassis, was created specifically to compete with rivals like Ferrari and Lamborghini. The car was released in 2011 and marked the genuine beginning of McLaren Automotive as we know it today.

The brand designed an elegant yet simple logo to make it more memorable for the customers. It’s a swoosh that went through quite a few changes over the years. Supercar Brands And Their Logos.

The Italian brand Pagani was founded by Horacio Pagani, who is still the CEO of the brand. The specialty of the brand generates from its hypercars and carbon fiber components. In 1999, the brand released a supercar that was instantly accepted by the customer. It became an icon, so the brand continued manufacturing supercars.

The first supercar from the brand was called Zonda. It featured an AMG v12 engine from the Mercedes-Benz group. It was an honorary collaboration for Juan Manuel Fangio. The collaboration proved to be a positive thing, and the car was accepted worldwide. The later models that followed Zonda were called Huyara and then Utopia.

Pagani’s logo might be described as a bit different from other logos. The general design is common- the brand name inside an oval emblem. However, there are two unique features of the logo. One of them is the brand’s initial on top of the emblem and a tribute to the brand’s founding hometown. It says, ‘Automobili Modena’ Supercar Brands And Their Logos.

Arrinera, a company founded in 2008, is renowned for developing the first Polish-designed and -engineered supercar. In 2011, the company’s founders, brothers Lukasz and Marek Tomkiewicz, revealed their first proof-of-concept supercar.

The Hussarya, a racing vehicle powered by a General Motors LS7 V8 engine, was the result of their second prototype.

To express the speed, smoothness, and perfection of the brand’s cars, Arrinera has a flying bird emblem for its logo. Even though the logo wasn’t always the same, the current one solely highlights the bird with the brand name written below it.

The list of supercar brands will go on. Car enthusiasts categorize supercars according to their own definitions. That’s why it’s difficult to win an argument about whether a brand is manufacturing supercars or not. However, the brands and cars explained above hardly have any disagreements.

It’s not easy to manufacture a supercar and make customers happy about it, especially when the definition keeps changing. Yet somehow, these brands managed to do it.

8 Australian Car Brands And Their Logos You Should Know About

Tags: Supercar Brands And Their Logos