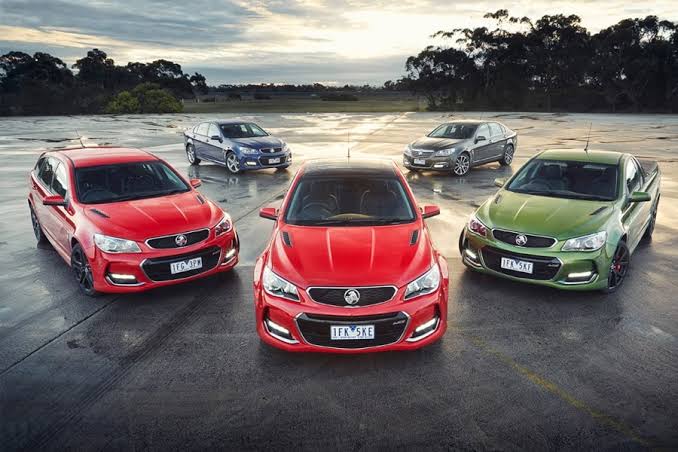 Australian car Brands. Truth be told, Australia is not peaking in the automotive industry right now. However, the scenario was not always like this. There was a time when Australia used to thrive in this industry.

That’s why the country’s got a rich history and some excellent brands still in the market. The starting point of the industry was a result of the isolation. The country is geographically separated from the rest of the world, which led to the bicycle industry turning into an automotive industry.

Over the years, Australia has seen some really great brands make their way into the global market. With names like Holden, Nota Sports, and Racing, Elfin has reached the entire world with quality, consistency, and performance.

Nonetheless, the excellency of the car industry in Australia was short-lived. Soon, most car companies stopped manufacturing their products in Australia.

Instead, the brands imported their cars and car parts from outside the country. This led to the reduction of original Aussie vehicles.

Even though car manufacturing brands have been declining in Australia, some names are certainly worth mentioning. Those brands have created something that will take decades before the names are forgotten. Let’s go on a ride of the 8 best Australian car brands and what their logos are about.

Australian Car Brands And Their Logos.

Among many other names that didn’t create a strong presence in the market, 8 of them are still known worldwide. The majority of the Australian car industry is known by these brand names.

So, let’s take a look at them.

One of the most popular brand names from Australia is Holden. The brand offered a line of various vehicle models, which ended up satisfying a lot of customers. Some models were affordable and offered reliable performance.

One of the models from Holden that made a presence in the market was the Commodore. It was also the most sold vehicle from the line. Unfortunately, the brand stopped manufacturing its vehicles in Australia in 2017. This is a significant indicator of how much the industry has fallen over the years.

Holden came up with a clever slogan that strengthened its image as a car brand. The slogan says, ‘Let’s go there,’ indicating the power of a vehicle. As for the logo, it stands for a rich representation too.

The logo stands for the lion and the rolling stone. A prehistoric fable refers that the wheel being invented by observing the lion rolling a stone. The logo created a strong impact on the image of the brand. Even though it has been modified a few times over the years, the primary concepts stay the same.

The lion not only represents the history of wheels but also makes a stronger presence by depicting the brand as a king of the road. All in all, the logo has certainly made a strong position in the car industry.

Ford had an Australian division named FPV. Unfortunately, this brand, too, stopped manufacturing its products in Australia. Given that the brand only started in 2002 and it terminated its manufacturing process a few years ago, the lifespan was very short.

Surprisingly enough, the brand came with a few excellent models in this period. You may have heard about popular models from the brand. For instance, A9X Torana and XY GT Falcon made a strong presence in the market.

The good thing is that the brand is still functional and competing with the local market.

Nonetheless, all types of vehicles are now imported from overseas.

FPV’s logo hasn’t been changed much since the beginning. There have been two color variations- blue and black, depending on the model. However, the logo stayed the same. It’s a falcon with a sharp eye line.

The falcon not only creates a strong profile for the brand but also represents aggressiveness to go with the car industry. The oval shape, the falcon inside the oval, and the name of the brand make it easy to create a place in the consumer’s mind.

That’s why every time the logo is seen, most people can recognize the brand, even when the name is omitted.

Another indication of Australia’s failed automotive industry is Toyota Australia. The journey started back in the 1950s. Nonetheless, the brand didn’t flourish until 1963. The Japan- originated company had a huge production wing in Australia.

The production unit was closed in 2017. However, you can still get Toyota models in Australia, which are imported from outside the country. The wide range of vehicles available at an affordable price range has made Toyota one of the most popular vehicle brands in Australia.

Unlike most companies, Toyota has changed its logo quite a few times over the years. The popular logo as we know it today was not introduced in the early years. Initially, the logo was just the name written in capital letters.

However, in 1989 the emblem was introduced. How they chose the logo was another unique way. Most companies get their marketing teams to design the brand logo. Toyota announced a contest to design a logo for their company to boost their sales and create a strong position on the market.

The logo was a result of this contest. It turned out to be one of the most recognizable logos ever. The symbol is an oval shape that encloses two interconnected oval shapes inside of it. It also looks like a ‘T’ inside of an oval shape.

HSV is short for Holden Special Vehicle. As you can guess, the brand is a partner brand of the historic brand Holden. It’s one of the most popular car brands in Australia, which is thriving in expanding its business.

One significant change this brand has been making to some of its models is changing the driving position from left to right. With its headquarters in Clayton, Victoria, the brand started its journey in 1987.

When you look at the logo of the brand, you will see that it has evolved from the mother brand.

The lion stayed in the logo, but the stone was removed. The brand also added a man’s profile with a helmet, indicating racing.

Since the brand is all about performance cars, the logo makes perfect sense. It’s connected to the original logo but has its own character too.

HSV has retailed its exported vehicles under other names. Two examples of those names are Chevrolet Special Vehicles and Vauxhall.

Mack Truck was founded by AB Volvo in 1963. Its Australian division has shown the same level of creativity, popularity, and consistency in performance. The brand is proudly based in Australia and builds its trucks with superior quality.

The motive is to deliver customers the latest technology, a strong interior, and durability all in one. The trucks are made to suit rough Australian roads, which says a lot about the overall quality of the vehicles.

There is a range of products available, and the brand has upheld its position in the market with a sturdy grip. With the declining automotive market of Australia, this brand certainly creates a statement by competing head-to-head with competitors in the global market.

Mack Truck redefined its position and introduced its logo in 2014. A bulldog confidently standing on top of the name creates a unique image of the brand. It’s supposed to express the modern-day thinking of the brand towards heavy-duty trucks.

If you want to see some truly classing Australian cars, the best place to go is the Elfin Heritage Center situated in Melbourne. The production line of the company now features three car models. One of them is an entry-level vehicle named T5 Clubman. The other two are V8-powered sports cars.

With 29 championships and major titles, Elfin always thrives in its field. The logo is also an interesting choice for a racing car company. 50 glorious years of existence in the Australian car industry only proves how strong their market position is.

Elfin is certainly one of those companies that proves why quality is always over quantity. Even though the brand doesn’t have a long product line, it’s certainly one of the best ones you will hear about. Besides, it has stayed consistent over a long period of time without losing its position in the market.

Iveco is originally Italy-originated. The brand name is an acronym for Industrial Vehicle Corporation. The Australian division offers a variety of vehicles both on and off-road. It’s one of the brands that are still thriving in the market. The products from Iveco are not limited to manufactured ones but also extend to import.

The brand offers a variety of trucks that supplies a large market in Australia. You will also find buses offered by the Iveco. In fact, the diversity in buses alone makes the brand unique from others. For instance, there are buses with 11 seats as well as 61 seats. You can imagine how many models they offer.

The logo is pretty straightforward- the brand name is written in capital letters. There’s nothing much going on in this aspect. However, Iveco is certainly one of the most successful companies in Australia, especially if we are counting competing companies in the automotive industry.

Nota Sports and Racing is one of the sports car brands, as the name suggests. The brand was founded in 1952 by an aircraft engineer called Guy Buckingham. The line offers space-framed performance vehicles.

Even today, the brand is supplying quality cars that match customer expectations. The most recent product from the brand is called Nota Le Mans. The specialty of this model is that it’s a track-ready vehicle, yet suitable for the road. With its headquarter in New South Wales, the brand is thriving to this day, unlike many other brands in Australia that went extinct.

The scope of getting customized is really convenient with this brand. You can either get fully- built vehicles or parts of vehicles from the brand. So, if you’re into Australian sports cars and want to go for a test drive in one of the most awesome performance vehicles, this is the brand you should go for.

In recent times, even though the manufacturing of vehicles has hit a low point in Australia, exporting and selling cars have never gone out of practice. So, you can find a good-quality, trendy, and affordable car of any type in Australia. Nonetheless, if you’re fixated on a vehicle originally manufactured in Australia, you may have to search for a bit to suit your preference.